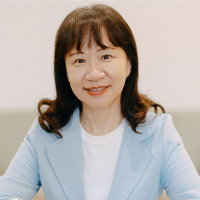 Professor Tseng is a qualified attorney in Taiwan, specializing in company law, securities regulation, financial services and markets regulations, negotiable instruments, and conflict of laws. She has published numerous books in the above-mentioned fields, such as “Corporate Governance and Capital Market (I)” (2002, 2007), “Corporate Governance and Capital Market (II)” (2008), “Corporate Management, Shareholders and Creditors” (2008), “Reconstructing the Fundamentals of Company Law” (2011), and “The Principles of Securities Regulation” (2000, 2008), and also authored books in collaboration with other reputable scholars. Her articles have been published by the academic journals of TSSCI as well.

During her career at NTU College of Law, Prof. Tseng had been the director of GILS, Vice Dean, and later on the Dean of NTU College of Law. While during her term as Dean, Prof. Tseng fundraised multiple scholarship opportunities for students to study abroad, including oversea exchange and internships. Moreover, she also established multiple chair professorships. Now, she is currently a distinguished professor and has been honored "Excellent Teacher of NTU" multiple times and "Outstanding Teacher of NTU" twice (2004, 2011).