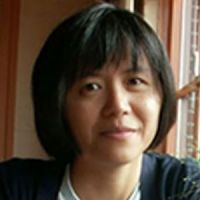 CHEN Chao-ju is professor of law at National Taiwan University College of Law. She received her S.J.D. and LL. M. degrees from the University of Michigan Law School, as well as LL.B. and LL.M degrees from National Taiwan University. She has written extensively in the fields of feminist legal history, feminist legal theories and social-legal studies, and is published in Chinese, English and Japanese. Her research combine theoretical analysis with social inquiries and historical insights to argue how dominance and oppression has been preserved through transformation in colonial and postcolonial Taiwan, to examine the dynamics of feminist legal mobilization, and to challenge the myth of liberal feminism as well as legal Orientalism. Her research has been recognized by the Outstanding Research Award and Ta-You Wu Memorial Award of the Ministry of Science and Technology as well as the Academia Sinica Junior Research Investigators Award. Her latest publication “Migrating Marriage Equality without Feminism: Obergefell v. Hodges and the Legalization of Same-Sex Marriage in Taiwan ”(forthcoming in Cornell International Law Journal) explores the further embracement of formal equality, the rise of marital supremacy and the absence of transnational feminism in Taiwan’s pursuit for marriage equality. She is working on a book project tentatively entitled: From Status to Consent: The Transformation of Legal Patriarchy and Feminist Resistance (in Chinese). She is on the editorial boards of several academic journals and currently serves as the editor-in-chief of the Journal of Women's and Gender Studies. She has twice received the excellence in teaching award at National Taiwan University, and has been actively engaged in legal, social and political advocacy in Taiwan, including leading a major feminist NGO (the Awakening Foundation, 2012-2014) and a scholars’ organization for constitutional democracy (Taiwan Democracy Watch, 2016-2018).