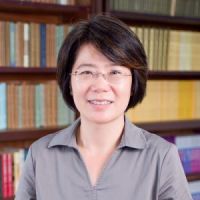 Professor Wen-Chen Chang focuses her teaching and research on comparative constitutions, international human rights, international environmental law, administrative laws, and law and society. Since February 2019, she is jointly appointed as Dean and Professor at National Chiao Tung University School of Law. Professor Chang received the Outstanding Research Award by Taiwan's Ministry of Science and Technology in 2015, the Junior Research Investigators Award by Academic Sinica in 2012, the Wu Ta-Tou Research Award by National Science Council in 2010, and the Excellence in Teaching Award by National Taiwan University in 2007. Beginning in 2013, Professor Chang serves as a member of the Editorial Board to the International Journal of Constitutional Law (SSCI) and was the member to the Scientific Advisory Board in 2012. She also served as the Editor-in-Chief and the member of the editorial committee to the National Taiwan University Law Review (TSSCI) between August 2008 and July 2012.