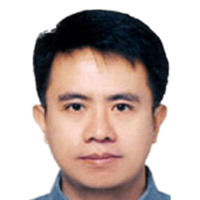 Professor YEN Chueh-an holds aA Bachelor of Laws from National Taiwan University (NTU), .Professor YEN Chueh-an He studied philosophy, philosophy of law and legal science (Rechtswissenschaft) at the University of Tübingen and the University of Munich (both in Germany), and then obtained his Doctor of Laws from the University of Munich in 1992 under the supervision of Prof. Arthur Kaufmann. Professor Yen specializes in jurisprudence, biomedical law, constitutional law and political theory. He was Associate Professor of Law inat College of Law at National Chengchi University (1992-1996), and at NTU (1996-2002). He is now full professor of law at NTU. Prof. Yen is the author of Law and Practical Reason (Taipei, 1999; in Chinese) and several academic books, . He also publishinged many articles in peer-reviewed journals. These works cover the fields from jurisprudence, constitutional law, bioethics, political theory, to education law. In 2003 Prof. Yen received the Outstanding Scholar Award from the National Science Council for his acclaimed research on legal theory and particularly for the his novel theoretical ideaconcept of normative gap. Since 2007 Prof. Yen has becomeens the Distinguished Professor ofat National Taiwan University.