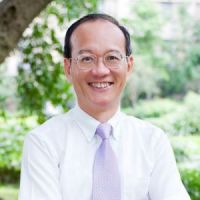 A Chair Professor of National Taiwan University, Professor Tay-sheng Wang is known for his studies on Taiwanese-centered legal history, including Chinese legal traditions and the colonial law under the Japanese rule. He received his Ph.D. from the University of Washington in 1992. Professor Wang has published numerous books and articles, which have been written in Chinese or English or translated into Japanese, English, or Korean. His English language publications include: “Chapter 4: Taiwan,” in Asian Legal Systems: Law, Society and Pluralism in East Asia (1997), “The Impact of Modern Western Law on the Chinese in Taiwan” (1999), Legal Reform in Taiwan under Japanese Colonial Rule (1895-1945): The Reception of Western Law (2000, 2015), “The Legal Development of Taiwan in the 20th Century: Toward A Liberal and Democratic Country” (2002), “The Emergence of Modern Constitutional Culture in Taiwan” (2010), “The Development of Legal Education in Taiwan: An Analysis of the History of Law and Society,” in Legal Education in Asia: Globalization, Change and Contexts (2010), “The Modernization of Civil Justice in Colonial Taiwan, 1895-1945” (2013), ”The Influence of Japanese Laws on Taiwan Law,” in Legal Innovations in Asia (2014), and “Translation, Codification, and Transplantation of Foreign Laws in Taiwan” (2016). He has also been a winner of multiple awards: Excellent Research Award from the National Science Council three times from 2001 to 2012, Excellent Archival Research Award from Academia Historica in 2002, Academic Award from the Ministry of Education in 2005, Lifetime Achievement Award from University of Washington School of Law in 2013. Professor Wang was a visiting scholar at Harvard Law School on a Fulbright scholarship in 2001, at the University of Washington School of Law in 2005 and 2013, at Waseda University Law School in 2006, at National University of Singapore Faculty of Law in 2007, and at Graduate School for Law and Politics, the University of Tokyo in 2010. He is currently a researcher at Academia Sinica, at both the Institute of Taiwan History and the Institutum Iurisprudentiae. Research interest: Taiwan Legal History, Chinese Legal Traditions, Law and Society Teaching area: Legal History, Chinese Legal Traditions, The Law in Colonial Taiwan